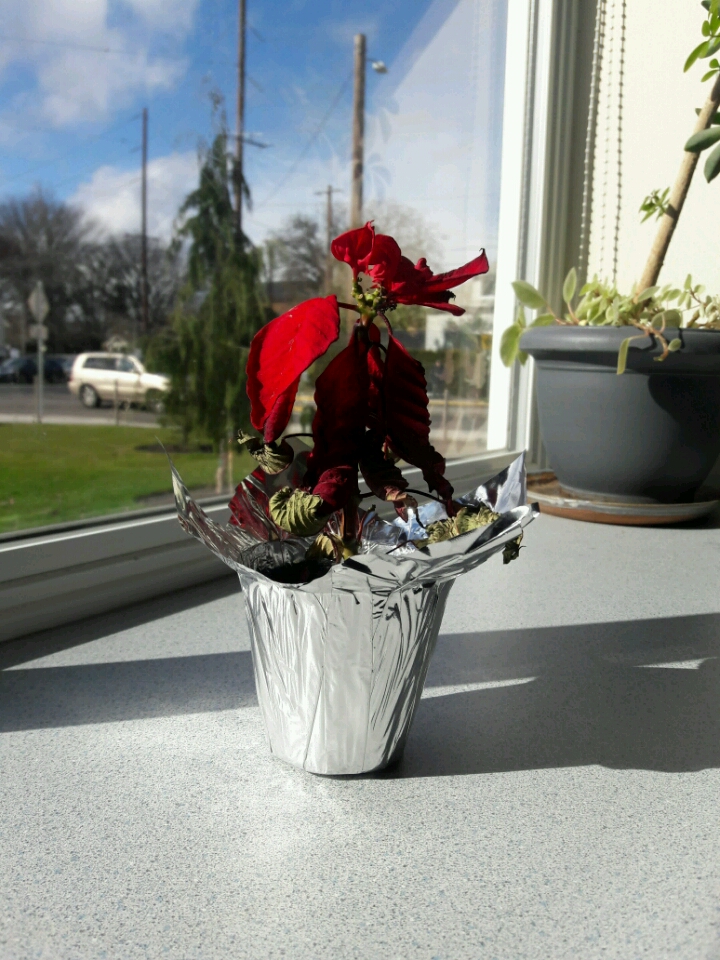 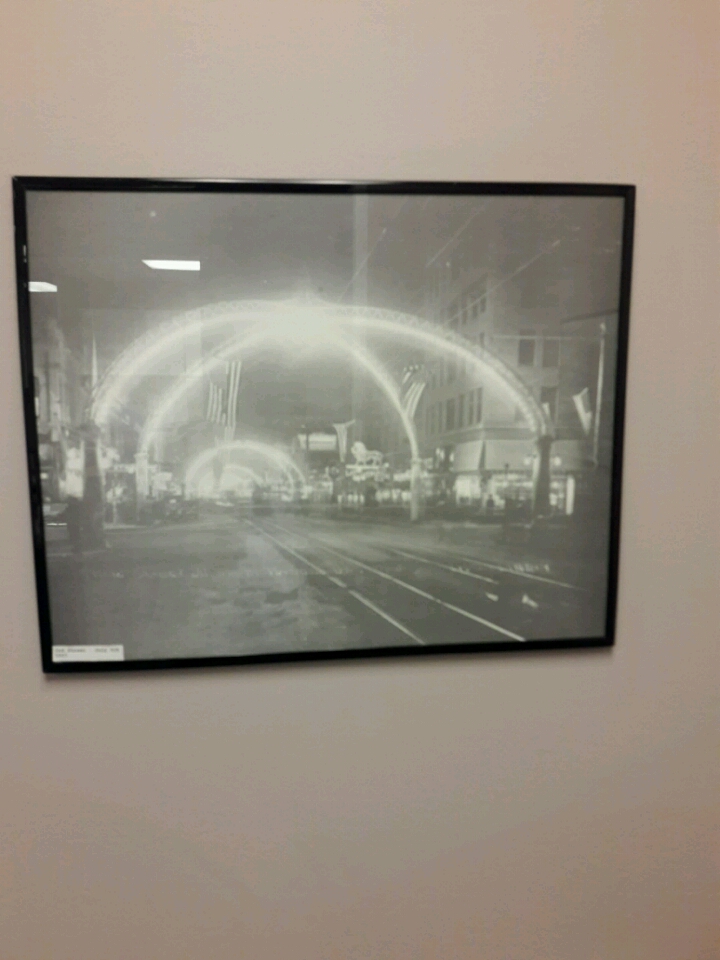 On the wall of the lobby at the drug testing lab I visited on my lunch hour.  Not sure if it's visible in this camera photo, but there are both a Budwiser sign and a wine / spirits shop visible in the photo.  This aroused my curiosity as the date appears to be during the Prohibition.

Sometimes I wonder what it must have been like for the generation that grew up without electric light, seeing it for the first time.

Earlier today I posted an image of a historical photo of downtown Portland. There's an archway over the street corner, a-dazzle with electric light bulbs. The location is given as "Third Street" which must mean what we now call SW 3rd Avenue. I was puzzled by the date on the picture - 1923 - because there are wine and liquor shops visible in the photo.

Here's the story behind those lights:
https://oregonencyclopedia.org/articles/great_light_way_3rd_st_portland_/#.WL4mcTU8qT8

'Portland’s Third Street reinvented itself as The Great Light Way in June 1914 by installing a series of arcaded lights over each intersection from Yamhill to Madison streets.

Third Street merchants were concerned that the commercial center of town was drifting to the west, away from the Willamette River. The Broadway Bridge had opened the year before, routing a new stream of traffic from the east side directly onto Seventh Street, which was renamed Broadway [and is still called SW Broadway today] in the hopes of establishing a new downtown theater district. Third Street boosters, who feared becoming part of the rundown “wholesale district” along the river, felt they needed a counterweight to retain retail and entertainment activity.

The arched lighting structures consisted of four concrete-incased Doric columns, one on each corner, linked by a pair of eighty-two-foot-long, two-and-a-half-ton steel arches that met over the intersection. Each arch contained ninety-six 40-watt bulbs, topped by a 750-watt nitrogen lamp. Pendant lamps hung from the columns’ capitals. Power was provided by the Northwestern Electric Company at a cost of $6,700 a year, which was paid by Third Street merchants. The initial ten arcades were constructed between Burnside and Yamhill; those from Burnside to Glisan were installed shortly thereafter.

The series of arches remained intact until a 1926 street-widening project, which included the new Burnside Bridge, necessitated tearing down the arch over Burnside. Further widening in 1928 included a portion of Third between Burnside and Ash, which led to the removal of all the arches north of Ash Street. The power was turned off on the remaining arches in 1937, due to the Depression and changes in the terms of Northwestern Electric’s franchise. Demolition began soon afterward. Three arches survived until August 1940, when the city council ordered the removal of the last remnants of the Great Light Way.'

So the project was inaugurated in the summer before the Great War, and slowly died out during the 1920s and 30s. Perhaps the actual date of the photograph was from before Prohibition, and it was included in a collection that spanned until 1923 and was labelled on that basis. In any case, it's a reminder of the excitement of downtown lights in a past century.