After work I had the idea to pop down to Target to pick up a few groceries, but I was a little late.

Via my friend Leo Stratton.

Then as now, I was interested in events in the Middle East and the world generally. I was prompted to open an LJ account by reading the journal of a US Army woman stationed in Iraq. I was also following events in Iraq through several English-language Iraqi blogs, including 'Iraq the Model' which was written by three brothers, Omar, Ali, and Mohammed.

I finally met all three brothers during a trip to Washington and Alexandria ten years later. 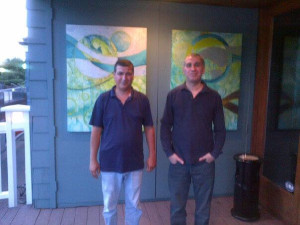 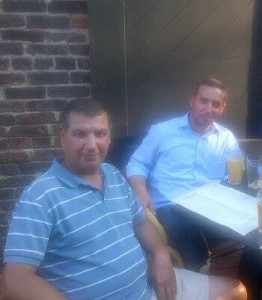 My earliest commenter at LJ is someone named 'Jane'. That's Jane Novak, who followed her passion for events in Yemen for years and was profiled in the New York Times. I don't know what she's doing these days.

Then as now, I was interested in the question of Why do we believe what we believe? Blogging was new then, and it made me think about trying to figure out how we can determine what's actually credible versus what simply confirms our biases about what we think we know. This was before the fake news phenomenon, but the advent of 'National Report' highlighted the issue.

Video feature (about 1 hr) on the Abayudaya, including interviews with Rabbi Gershom Sizomu and with the sons of Semei Kakungulu.